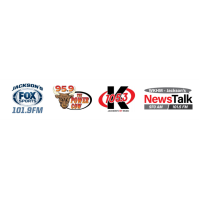 A Concord native, Dennis was Senior Director of Communications for NASCAR’s Darlington Raceway in South Carolina, and has also worked in media relations for Michigan International Speedway, Wayne State University and Hillsdale College. Dennis will return to south central Michigan in mid-February.

According to Worden, “It's a tremendous opportunity for me to serve as general manager for McKibbin Media Group and return to my roots in the Jackson and Hillsdale areas of Michigan. I am honored and blessed to be able to carry on Jamie McKibbin's legacy in this position. He is certainly missed by all of us that knew him. I'm excited to get started and continue to carry on the strong traditions and commitment to the local Jackson and Hillsdale communities the radio stations have served for decades.”

Brian Bolenbaugh, who has been on the company’s sales and marketing team for several years, has been promoted to Local Sales Manager of the Jackson stations and will work with the sales team on a daily basis.
Business Directory News Releases Events Calendar Member To Member Deals Marketspace Job Postings Information & Brochures Weather Join The Chamber